Gearing up for Xmas at Blue Ribbon Dive Resort 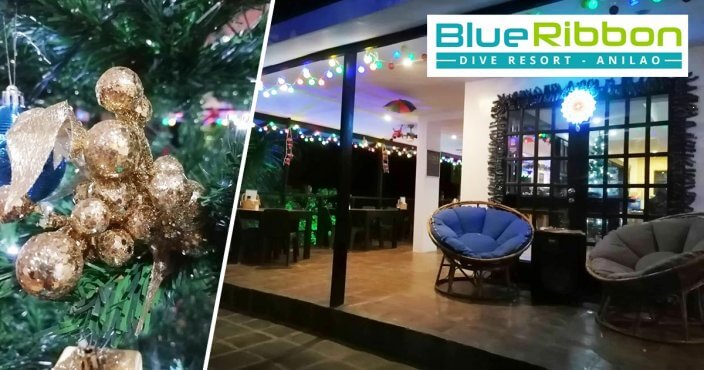 Tis the season to be merry, once again, and here at Blue Ribbon we’re getting into the festive spirit.

All we want for Xmas is great weather and spectacular scuba diving each and every day, and we hope you’ll be joining us for it this December.

The Blue Ribbon team wishes all our friends a wonderful holiday season.

Some facts about the Giant Trevally

The giant trevally (Caranx ignobilis), also known as the lowly trevally, barrier trevally, giantkingfish or ulua, is a species of large marine fish classified in the jack family, Carangidae. The giant trevally is distributed throughout the tropical waters of the Indo-Pacific region, with a range stretching from South Africa in the west to Hawaii in the east, including Japan in the north and Australia in the south. Two were documented in the eastern tropical Pacific in the 2010s (one captured off Panama and another sighted at the Galápagos), but it remains to be seen if the species will become established there.[1]

The giant trevally is distinguished by its steep head profile, strong tail scutes, and a variety of other more detailed anatomical features. It is normally a silvery colour with occasional dark spots, but males may be black once they mature. It is the largest fish in the genus Caranx, growing to a maximum known size of 170 cm (67 in) and a weight of 80 kg (176 lbs). The giant trevally inhabits a wide range of marine environments, from estuaries, shallow bays and lagoons as a juvenile to deeper reefs, offshore atolls and large embayments as an adult. Juveniles of the species are known to live in waters of very low salinity such as coastal lakes and upper reaches of rivers, and tend to prefer turbid waters.

The giant trevally is an apex predator in most of its habitats, and is known to hunt individually and in schools. The species predominantly takes various fish as prey, although crustaceans, cephalopods and molluscs make up a considerable part of their diets in some regions.

The giant trevally employs novel hunting strategies, including shadowing monk seals to pick off escaping prey, as well as using sharks to ambush prey. Footage released in 2017 on Blue Planet II revealed a group of approximately 50 giant trevally hunting terns, specifically fledglings still learning to fly and which crash land in the water, as well as both fledglings and adults unfortunate enough to fly low enough for the fish to pounce on them, in Farquhar Atoll in the Seychelles.

The giant trevally reproduces in the warmer months, with peaks differing by region. Spawning occurs at specific stages of the lunar cycle, when large schools congregate to spawn over reefs and bays, with reproductive behaviour observed in the wild. The fish grows relatively fast, reaching sexual maturity at a length of around 60 cm at three years of age.

The giant trevally is both an important species to commercial fisheries and a recognised gamefish, with the species taken by nets and lines by professionals and by bait and lures by anglers. Catch statistics in the Asian region show hauls of 4,000–10,000 tonnes, while around 10,000 lbs of the species is taken in Hawaii each year. The species is considered poor to excellent table fare by different authors, although ciguatera poisoning is common from eating the fish. Dwindling numbers around the main Hawaiian Islands have also led to several proposals to reduce the catch of fish in this region. 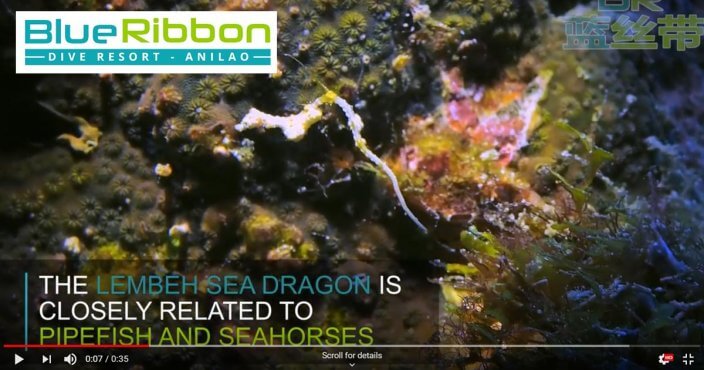 The Lembeh Sea Dragon is one marine critter that is both unusual and difficult to find. Again this is a tiny marine critter that requires you to search deep into the crevices and overhang to find it!  Fortunately, they are not in deep water so you can find them in shallow reef and rocks and you can afford to spend more time to take photos of them.

The Lembeh Sea Dragon is also known by other names.  They are called  Lembeh Pygmy Dragon, Pygmy Pipe Dragon even  “Swollen Thread Fish”. This a direct translation from its scientific name. The scientific name is Kyonemichthys rumengani. (Kyo – swollen , nema – thread and ichthyic – fish ) and Rumengan is the name of the dive guide who discovered it .

The Lembeh Sea Dragon has a slender body, length of  2.5 cm to 4.0 cm and thickness  from 2mm to 3 mm. Often found in pairs or in larger number grouped together hanging onto seaweeds or sponges.

Since it was found it is now seen in other parts of Indonesia and also in various parts of the Philippines. A related sea dragon is also seen in the Red Sea. The Lembeh Sea Dragon is however not related to the larger and more showy Leafy Sea Dragon of Australia .

A few inhabitants of our house reef – Video 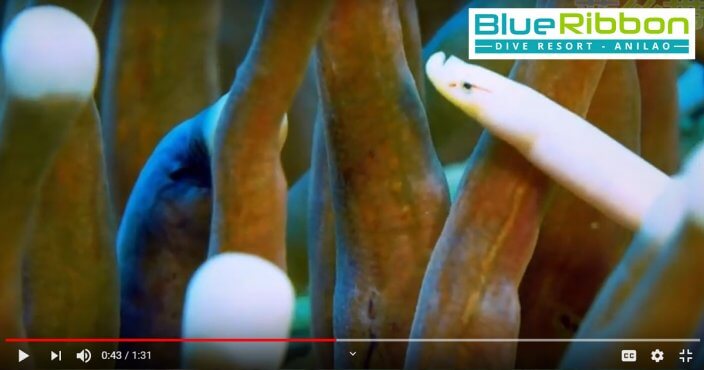 A little shore dive off the beach, managed to snap a few species that live in symbiosis with each other. The mushroom coral pipefish and some sea star shrimp. 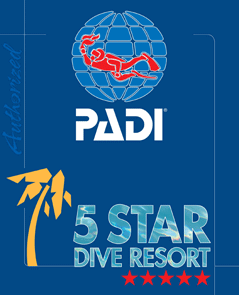